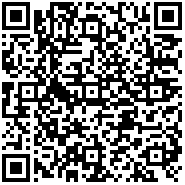 Cancer remains a global health problem. Breast cancer, in particular, is the disease that has the greatest impact on the health of the world. Despite all recent technological improvements, recurrence and metastasis remain the leading cause of death. In fact, the high mortality rate as a result of distant metastasis of patients remains a bottleneck for effective treatment in the clinic [1]. All known treatments, i.e., hormonal therapy, chemotherapy, biological and targeted therapies are all associated with side effects (sometimes severe) and have negligible beneficial effects on survival. Oxysterols are oxygenated derivatives of cholesterol [2].

In addition to treating these conditions, PDT also helps treat bacterial, fungal, and viral infections. Studies show that this light-based treatment can provoke an immune response in the body and provide the body with another tool that helps destroy cancer cells and precancerous lesions. The majority of PDT applications affect different types of cancer, but the use of ALA in a variety of formulations, from mild and moderate actinic keratosis to non-keratotic proliferative actinic keratosis has already been approved. It is also used to treat Bowen's disease and basal cell carcinoma.

In 1993, Porphymer Sodium was the first PS approved for clinical use in PDT by Health Canada for the treatment of bladder cancer. It has since been approved by the Food and Drug Administration (FDA) and several other countries for the treatment of various types of cancer, including lung cancer, esophageal cancer, gastric cancer, cervical cancer, and cervical dysplasia. This photosensitizer is still widely used in PDT to treat a variety of illnesses. In addition, for serious eye conditions such as age-related macular degeneration and myopia choroidal neovascularization, there is a clinically approved PS called verteporfin currently in use. Talaporfin, a monolaspartylchlorine, has been approved as a PDT for lung cancer in Japan, but is also used in patients with early-stage head and neck cancer, and is the second for the treatment of colorectal tumors and liver metastases. Phase testing is being conducted [3]. There are also other drugs approved by the FDA for the treatment of PDT in cutaneous T-cell lymphoma (SGX301) and cholangiocarcinoma (LUZ11) [4]. The challenges in fighting the disease result from endogenous tumor resistance, molecular heterogeneity, and metastasis. Given all the information provided, it can almost certainly be concluded that the associated benefits of PDT over other cancer treatments may reduce patient side effects.

Studies have shown that PDT works similar to surgery and radiation therapy in the treatment of certain types of cancer and precancerous lesions. It has several advantages, including:

• When used properly, there are no long-term side effects.

• It is less invasive than surgery.

• It usually lasts only for a short time and is usually performed outpatient.

• It can aim very accurately.

• Unlike radiation, PDT can be repeated many times in the same place as needed.

• After the area has healed, there is usually little or no scarring. • It is often less expensive than other cancer treatments.

•PDT can only process areas that light can reach. This means that it is mainly used to treat problems with the inner walls of organs that can be reached above or just below the skin, or by a light source. Light does not travel too far through the tissues of the body, so PDT cannot be used to treat large cancers or cancers that have grown deep into the skin or other organs.

• PDT cannot be used to treat cancer that has spread too many areas.

• The drugs used for PDT make people very sensitive to light for some time, so special care should be taken after the drug is placed in the body or in the body.

• PDT cannot be used by people with certain blood disorders.